During this time of social distancing, MHHM has temporarily postponed its educational programs. But this doesn’t mean you can’t have fun with MHHM at home! Just like the oak trees growing in the historic garden, Macculloch Hall is branching out in new directions to serve our visitors.

Check back frequently for more museum and garden activities. Take pictures of your work and tag MHHM on Facebook or Instagram at @maccullochhall.

Birds: I Spy Birds-Interacting with a Painting

May is National Strawberry Month so it is time to pick a favorite family recipe and make plans for a special occasion. Strawberries are listed in George Macculloch’s (1775-1858) garden journal every year so it is likely strawberries were enjoyed by his family every spring.

Did you know that strawberries are grown in every single U.S. state and Canadian province?  Or that the next full moon on June 5 is called the Strawberry Moon? 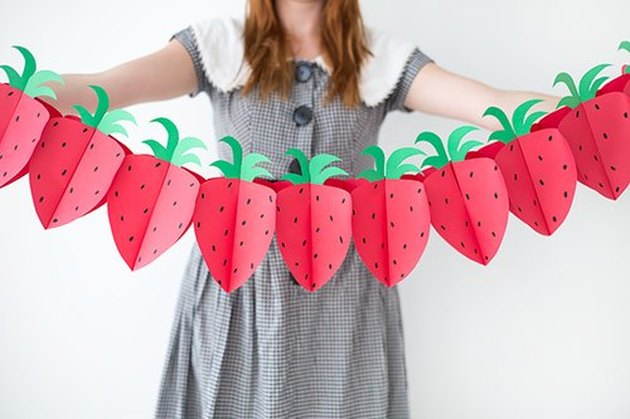 While you enjoy your strawberries, make a strawberry garland and read/listen to a story about strawberries listed here.

The First Strawberries: A Cherokee Story retold by Joseph Bruchac
Jamberry by Bruce Degen
Strawberries Are Red by Petr Horacek
The Very Berry Counting Book by Jerry Pallotta
The Strawberry Garden by Lia Yaffe Talmar
The Little Mouse, The Red Ripe Strawberry, and The Big Hungry Bear by Don and Audrey Wood  (Read in English by Mister Kipley’s Classroom Learning Adventures and in Spanish by Storyteller/Lector Marvin J. Morazan)

In A Soldier’s Words: Lindley Miller “The Departure of the 7th Regiment to the War, April 19, 1861” from the collection of New York State Military Museum in Saratoga Springs, NY.

In April 1861, Lindley Miller (1834-1864) answered President Lincoln’s call for volunteers by enlisting with the 7th Regiment New York State Militia, also known as the Silk Stocking Regiment. The day his regiment left New York City is documented in Thomas Nast’s painting, The Departure of the 7th Regiment to the War, April 19, 1861. His brother, Henry Miller, was in the crowd of thousands there to shake his brother’s hand as he passed.

The Silk Stocking Regiment reached Washington, D.C. by April 25th. Their arrival ended the siege on the nation’s capital, preventing its loss to the Confederates just weeks after the fall of Fort Sumter.

By 1863, Lindley was back in New York City to witness the draft riots first-hand. The NYC draft riots started a chain of personal losses for Lindley that changed his life. His young bride, Anne Huntington Tracy, pregnant with their first child, died after giving birth and his two-month old daughter died soon after. Turning his loss into service, Lindley requested and received a commission as a captain in the “First Regiment Arkansas Volunteers of African Descent” in late 1863. He wrote a marching song for his men and many poems that MHHM has in its collection. To learn more about the marching song, visit our blog post Song of the First of Arkansas. This summer, one of MHHM’s college interns will work with 15 letters written by Lindley Miller to his family during his service in the Union army. This project will make his life and military service more accessible to students, scholars, and those interested in the Civil War.

Read Lindley Miller’s poems and learn about the Civil War through a Soldier’s Words. (PDF Document)

To learn more about the departure of the 7th Regiment from New York City, visit readme.readmedia.com. Running out of ideas for a fun family project? Make it a Fun Found Art Friday. During your walk, collect sticks and when you get home create art using your sticks. Some ideas include making a shape like a heart or spelling out your initials using your stick supply. Your art can be temporary or made permanent by using wood glue and a picture frame. Connect with someone else and share your art with them online. 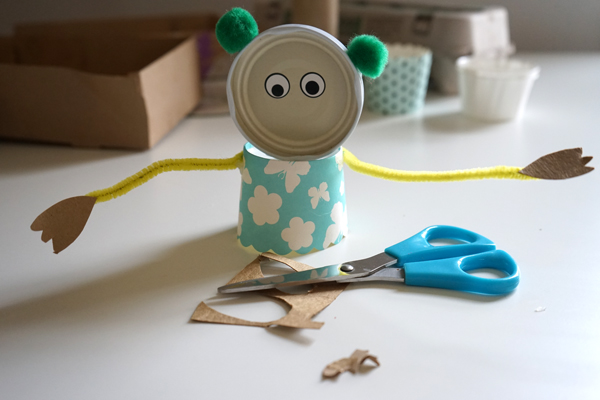 If you can’t get outside, check out tinkerlabs.com for ways to use recycled materials for a found object art project.

Learn why creating a culture of collecting materials for art is important for children’s development. During MHHM’s summer program Dig it! Plant it! Eat it!, visitors and staff pick fresh vegetables and herbs from the historic kitchen garden. We learn healthy recipes together.

To celebrate National Salad Month, we happily share a recipe that was a big hit in our “house” last summer, Roasted Beet and Apple Salad!

MHHM will soon share the plans for a virtual Dig it! Plant it! Eat it! this summer. Cut baked beets and sprinkle with 1 tbsp. vinegar and set aside. Combine remaining 3 tbsp. balsamic vinegar, shallot, honey, salt and pepper in a small bowl and whisk in remaining 5 tbsp. of olive oil.  Combine lettuce, apples, and parsley in a serving bowl, add beets and drizzle with dressing. Enjoy!

Museums in the Community

On International Museum Day we celebrate the opportunity Macculloch Hall Historical Museum has to share the lives of ordinary people who helped to accomplish extraordinary things!

In 1950, Museum founder and former Morristown mayor W. Parsons Todd (1877-1976) incorporated Macculloch Hall Historical Museum (MHHM) as a nonprofit museum. His vision for a historic house and garden in the center of his beloved Morristown saved a piece of New Jersey’s past and set the stage for a place of learning and growing in the future. At the Museum, we recognize how the actions of individuals can positively impact the community we live in. George Macculloch (1775-1858) and Louisa Macculloch (1785-1863) each found ways to improve the lives of others through education and charitable works in their adopted country.

Captain Lindley Miller (1834-1864) served in the Civil War where he requested and received a commission to train and lead former slaves in the First Arkansas Colored Regiment. In January, 1864, he used his talent to write a marching song to inspire his men during the War.

Through the wit and words of Alice Duer Miller (1874-1942), women’s suffrage found another able champion to help promote the rights of women in the United States.